Todd and Jason Wallace in the driveway of 1405 College

I moved to Racine, Wisconsin in the summer of 1970 when I was six years old. We lived in a beautiful big white house on a brick street at 1405 College Avenue, and I lived there until I was eighteen years old. Hardly a day goes by when I don’t think of Racine, even though I now live far away. For some reason, Racine has a huge amount of history for such a small place, and I’ve enjoyed collecting lots of different history books, pictures, and stories. Now I’m putting as much as I can on the web in hopes of meeting other Racine historians. 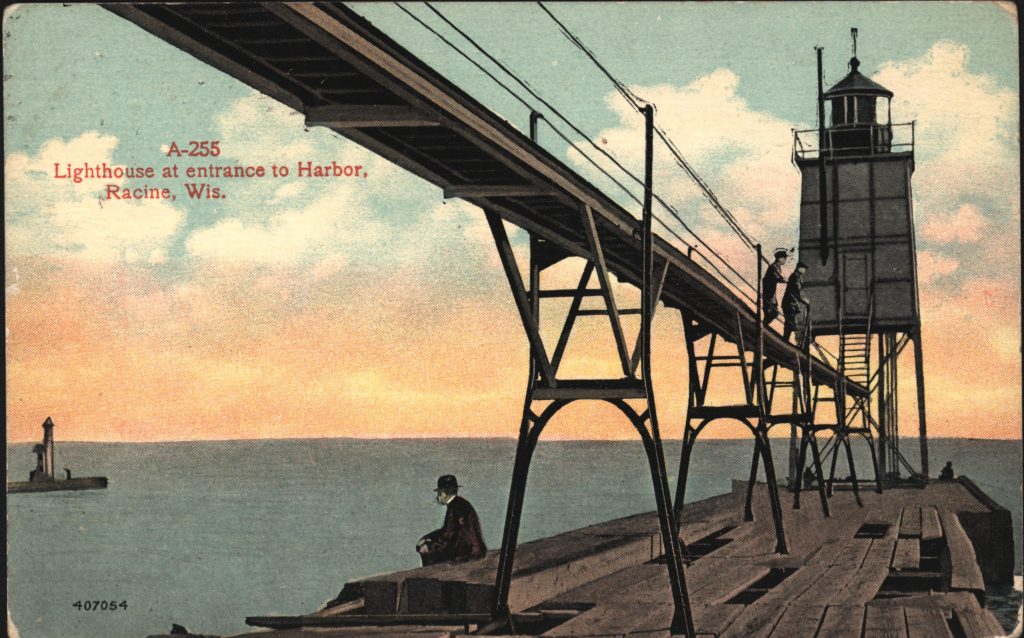 Here is a nice postcard from 1914 of the lighthouse at the entrance to the harbor. I especially like how beaten up the boards are on the boardwalk level. I’m guessing that the upper walkway has cast iron frames with a wooden walkway up top. Why have two levels? Because the waves are so high at times? 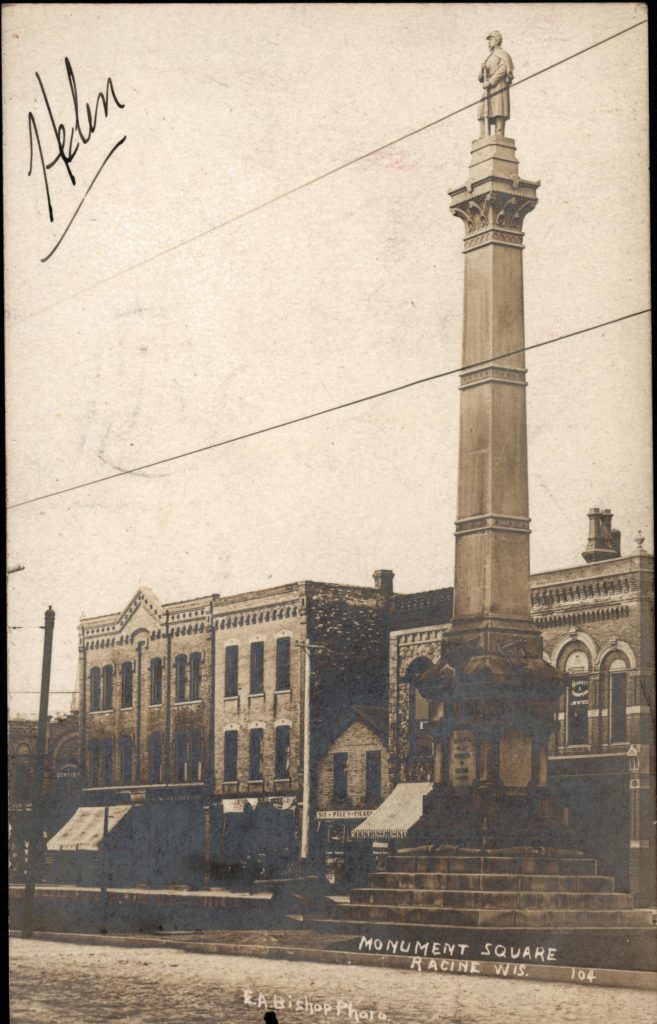 A real photo postcard from E. A. Bishop of Monument Square dated 1906. I don’t remember seeing that many of these photos with the electrical wires going across, but I know there were a lot of wires for a long time. Here are the signs I can see on the stores from left to right: Clifford Dentist, something Shoe Store, 528 Page’s Cigars, Hahn’s something, Kearney and Thompson Law Offices. 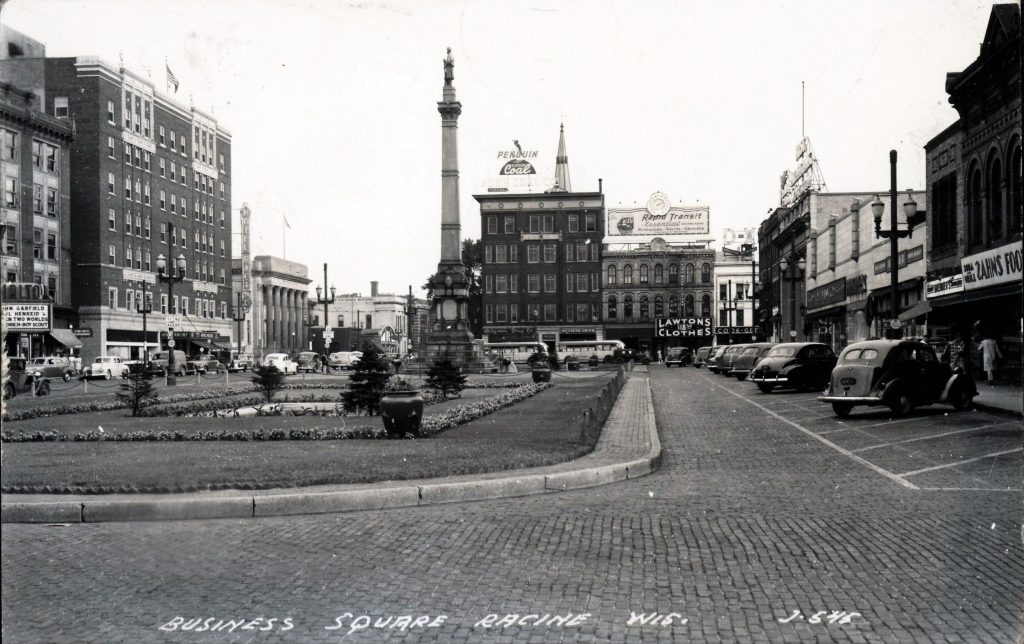 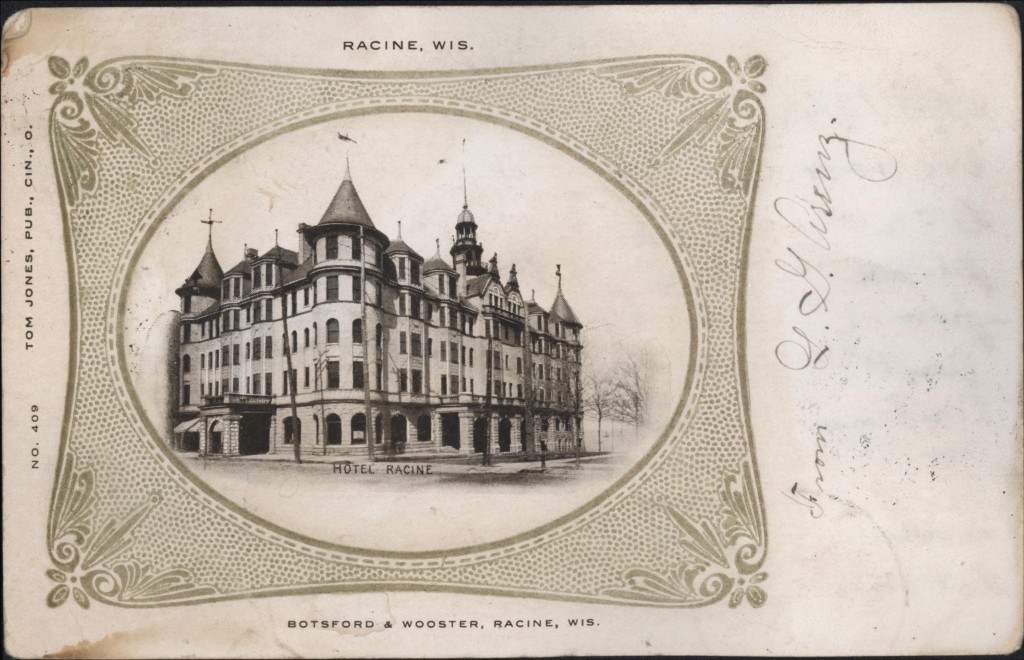 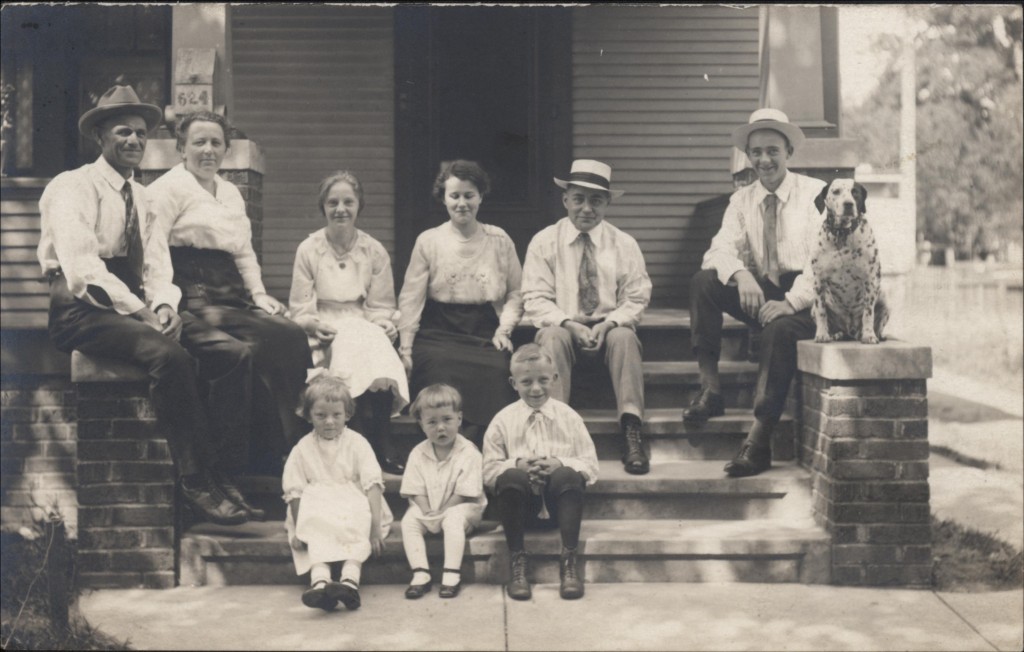 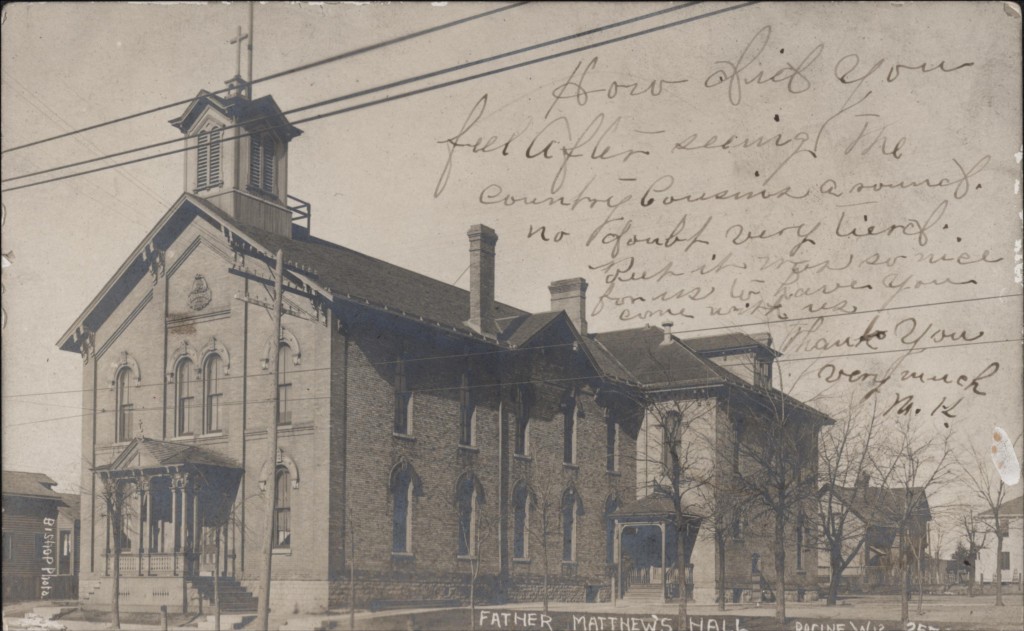 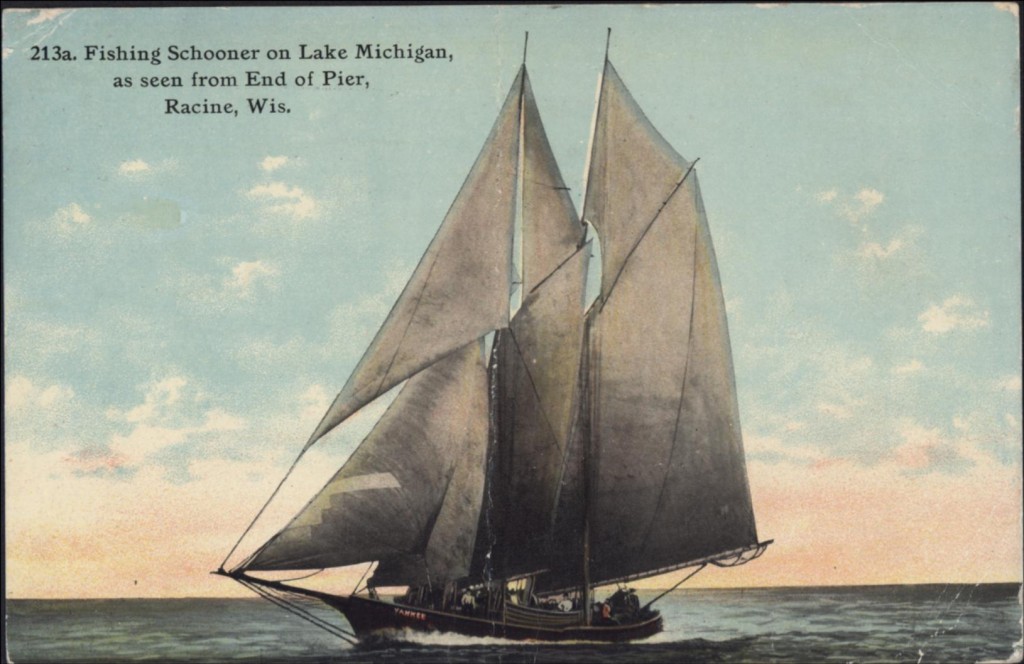 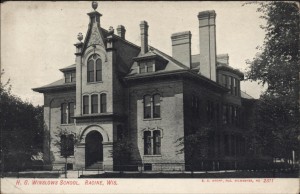 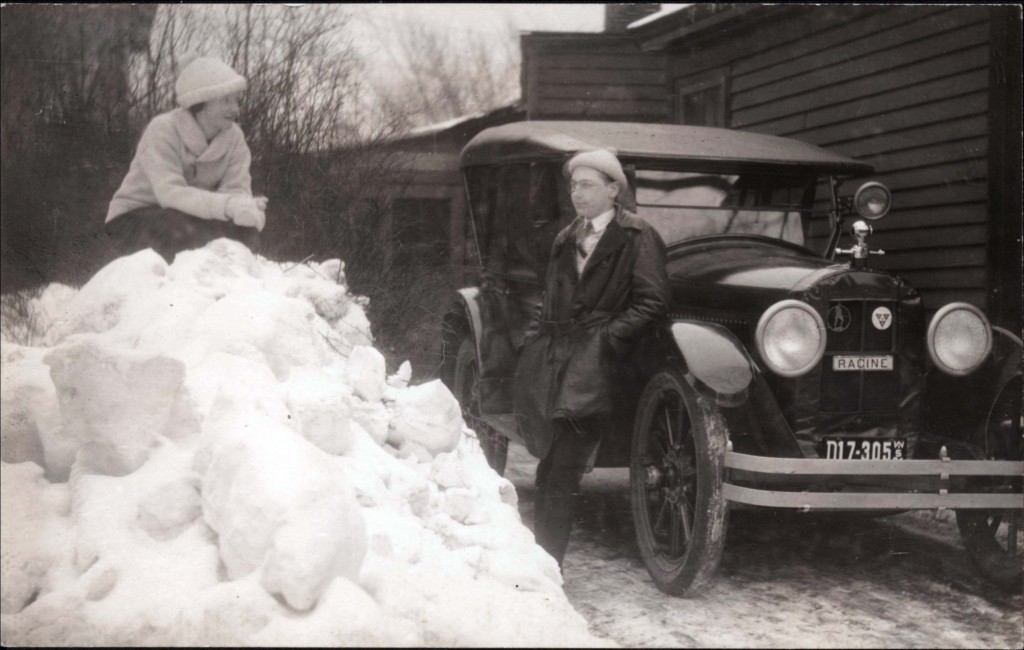 1920s snow scene in Racine. The car’s hood ornament has an M on it — could that be a Mitchell Motor Car? 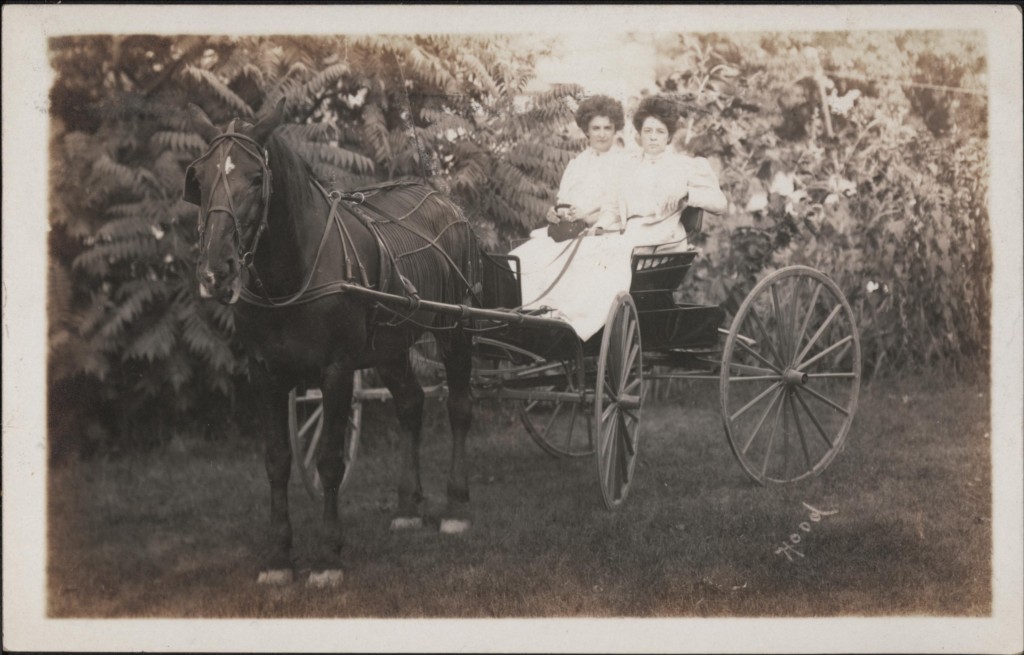 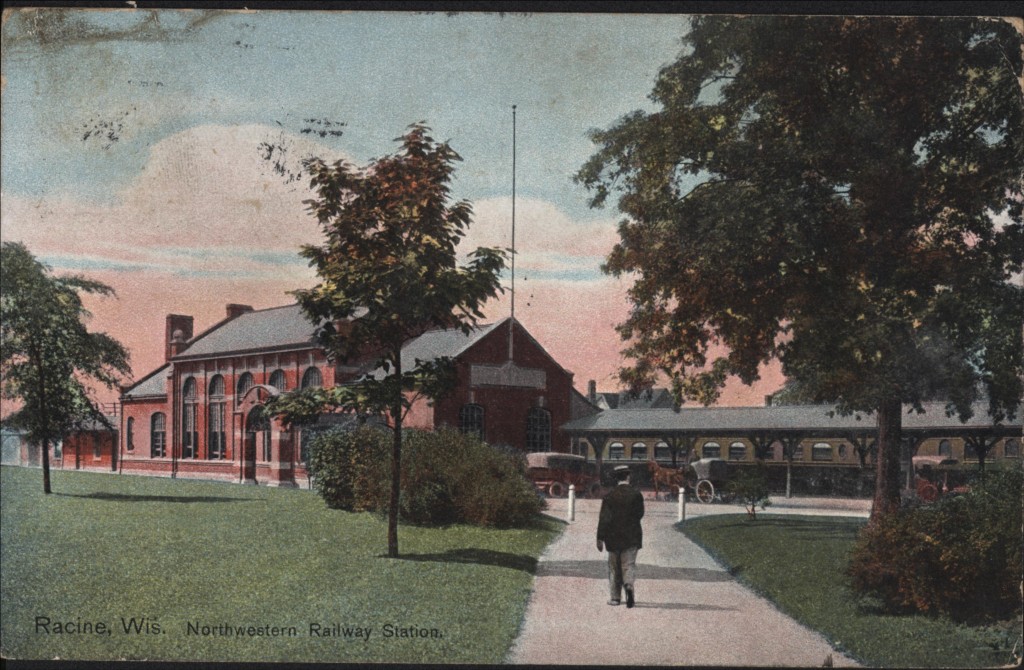 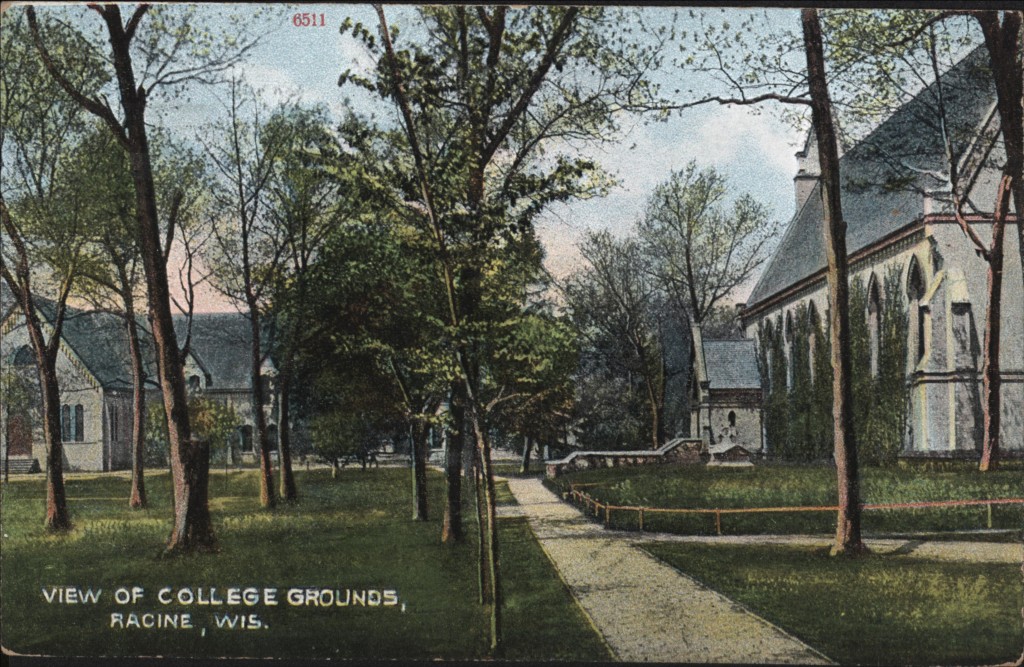 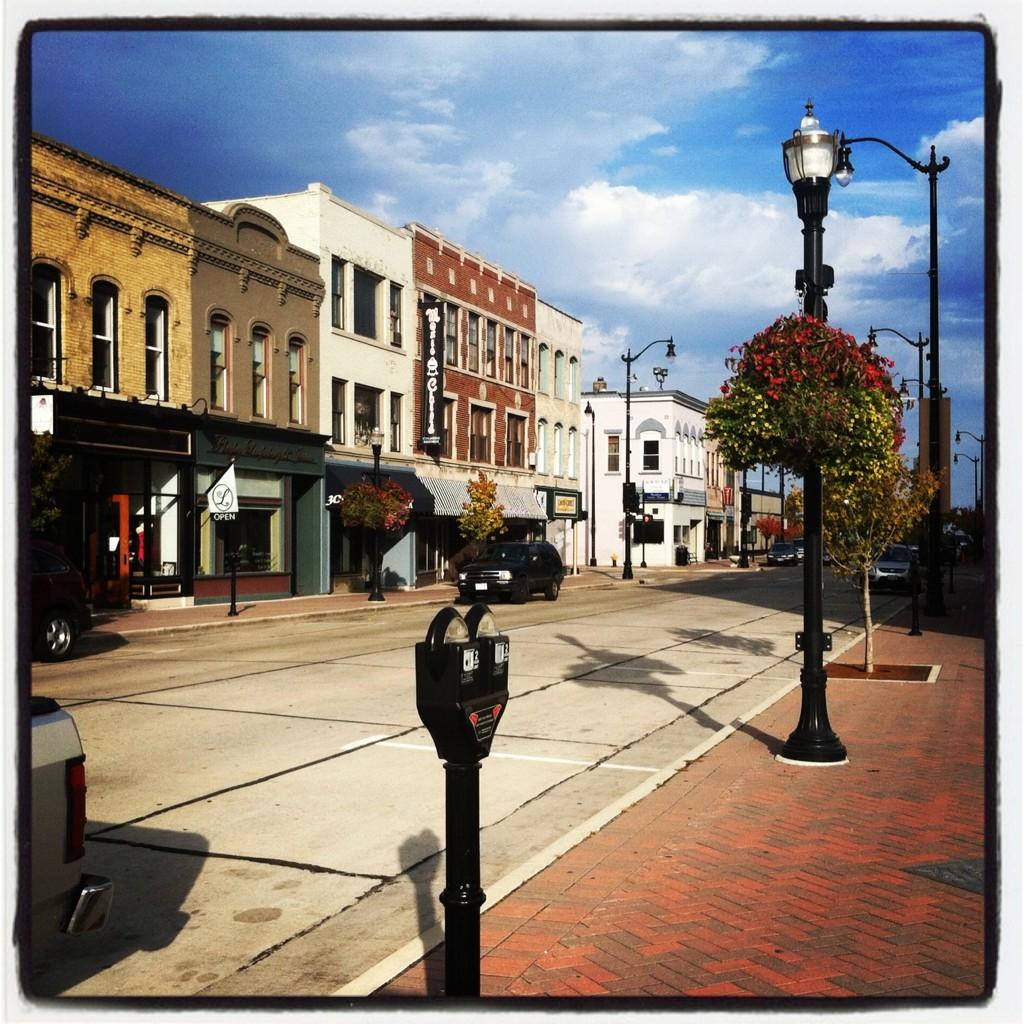 Map of the Village of Racine, 1843, from Racine, The Belle City by Alice Sankey. Notice that “Fulton Market” appears to be where D. P. Wigley is now — seems like a good place for a big market building, doesn’t it? 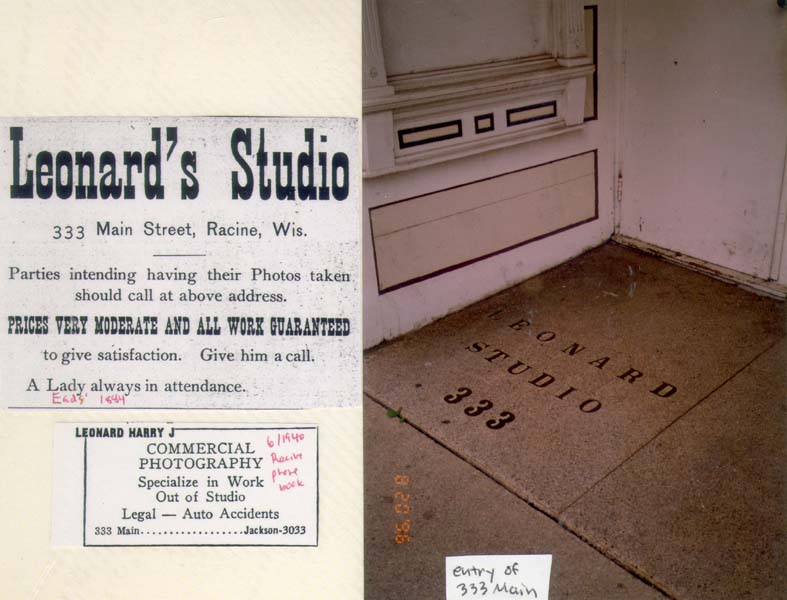 Back in August of 1996 I was visiting Racine and was walking through the old downtown taking pictures. In the 300 block, I noticed a closed-up door with Leonard Studio set into the entrance way. Later on, I was looking through Ead’s Illustrated History of Racine and came across an advertisement for Leonard’s Studio at the same address. Apparently it was a well-established photo studio with “A Lady always in attendance” to put the women of 1884 at ease. On a hunch, I looked through my 1940 Racine phonebook and found, at the same location, a Harry J Leonard doing commercial photography — specializing in work “Out of Studio” for legal purposes. So, over at least a 52 year span, someone in the Leonard family was taking pictures in Racine. 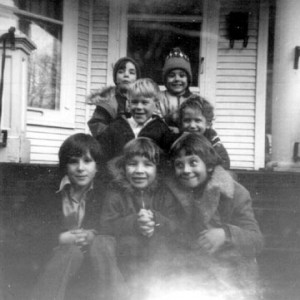 1974 picture taken on front porch of 1405 College Avenue. Back row: Terry Peterson (neighbor from across the street), unknown. Middle row: Chris Harris (my best elementary school friend), Jason Wallace (my brother) Front row: Wrye Martin, Todd Wallace, unknown. I think we were supposed to be pretending that we were cold.