Racine, Wis., June 18. — [Special.] — At 6 o’clock this evening Miss Bessie Margaret Bull, the fourth and youngest daughter of Stephen Bull, will be united in marriage to Arthur Guilbert at the residence of her parents on Eleventh street. The Rev. Arthur Piner of St. Luke’s Episcopal church will perform the ceremony. The bride will be attended by her sister, Mrs. Frederick Robinson of Denver, Col. The marriage will take place in the bay window of the west parlor. The back window will be decorated with palms and overhead will be smilax and roses. The bride will be attired in a Persian costume and she will carry lilies of the valley. There will be no bridesmaids nor groomsmen. After the ceremony there will be a wedding supper in the dining room, which will be decorated with pink and white roses. The wedding will be a quiet affair, only the family relatives and a few intimate friends being present. This evening the couple will leave for Delavan where they will spend a month.

Mr. and Mrs. A. Arthur Guilbert royally entertained the active members of the Racine Athletic association’s foot ball club at an informal dinner last evening at the handsome home, 107 Eleventh street. It was a joyous gathering of sturdy athletes who victoriously participated in the memorable Thanksgiving day game, when the Manahattans of Chicago were taken into camp after a stubborn contest. As each guest entered the spacious parlors he was cordially greeted by the host and his estimable wife.

The dining room was profusely decorated with ferns, potted plants and cut flowers and royal blue, the club’s color, was conspicuously displayed on every hand. Beneath the chandeliers and directly above the table was a full sized foot ball, tastefully entwined with royal blue ribbon. At each plate was a unique souvenir. It was a miniature foot ball mounted upon a gold pin and entwined in a bow of royal blue satin ribbon. On the foot ball was the inscription “F. A. A. 1895.” The dinner was served in courses and concluded with a smoker, after which the balance of the evening was spent in social conversation, in which plans were outlined for ’96. The guests departed loud in their praises of the hospitable manner in which they were entertained by Mr. and Mrs. Guilbert. Those present were: W. M. Lewis, Charles Hoker, Fred Sugden, R. A. Morse, Herbert Johnson, Frank Guilbert, Glen Dixon, Herman Smieding, Ernst Hueffner, Stewart Harbridge and George Herzog.

Death Summons Mrs. A. A. Guilbert

Known for Many Deeds of Charity

There passed away this morning at 3 o’clock at Hotel Racine one of the city’s best known and most beloved women, Bessie Maude Guilbert, widow of A. Arthur Guilbert.

For the past two years she had lived under a pall of sickness but that did not in any degree obscure the kindness and charity for which she was noted throughout her life.

She was the daughter of Stephen and Ellen Catherine Kellogg Bull and was born in this city. Her father was one of Racine’s most prominent manufacturers, identified with the early history of the Case T. M. company. Her education was received in Kemper Hall and at Mrs. McMurphy’s home school and with Blanche Witty Howard, the authoress, in Stuttgart, Germany.

She was married to A. Arthur Guilbert on June 16, 1895. Until her recent illness she was prominent in club and social circles and, although active at a time when charity was not as perfectly organized as now, was never known to refuse aid to any in trouble, financial or otherwise. Her heart was close to the little ones and she spent much time at city baby clinics and city nurses. Mrs. Guilbert left in the hearts of her many friends memories of thoughtfulness and kindness to the very last.

She is survived by two sons, Warburton, of New York, and Gordon M., of this city; one daughter, Ellen, of Beverly Hills, Calif.; one sister, Mrs. Frederick Robinson, New York city, and two grandchildren.

The funeral will take place Monday afternoon at 1 o’clock at the Thronson funeral home in South Main street, and the body will be taken to Forest Home cemetery, Milwaukee, for cremation. 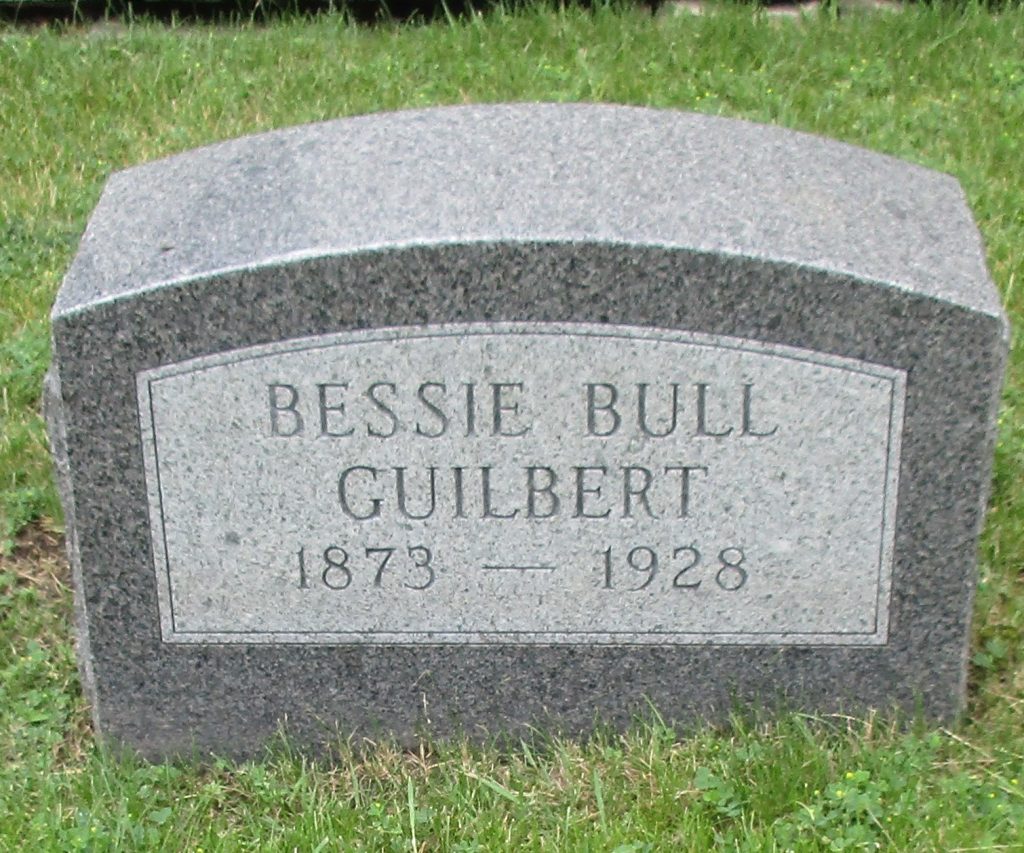