From Racine the Belle City, by Alice Sankey:

The first car to be made here to sell to the public was the Mitchell car in 1903. Henry Mitchell came to Chicago from Scotland in 1834. Not liking Chicago, he moved to Kenosha (South Port) in 1838 and started making wagons. He learned his trade in Scotland. In 1853 he sold out his business in Kenosha and came to Racine, starting the Mitchell Wagon Works the next year. He made all types of wagons, light, heavy, farm and delivery wagons. He made a heavy, strong, cross-country wagon which traveled west with many homesteaders. His trade name for his wagons was “Monarchs of the Road.” In 1864 he took his son-in-law, William Turnor Lewis, in with him under the name of H. Mitchell and Company. Its growth was steady until it became the largest of its kind in the state.

In 1896 William Turnor Lewis and his son, William Mitchell Lewis, bought out the old Beebe Wheel Works, changing the name to the Wisconsin Wheel Works and manufactured bicycles and motorcycles. They started manufacturing automobiles in 1907. Their first car was a single-cylinder horizontal motor. Then they progressed to a single cylinder air-cooled engine and in 1903 developed a small car with a two-cylinder, water-cooled engine of their own design. John W. Bate came up from Chicago and worked on the engine. The name of the concern was changed that year (1903) from the Wisconsin Wheel Works to the Mitchell Motor Car Company.

In 1904 a four-cylinder engine which John W. Bate designed was put on the market, increasing production by assembled units being put together on side lines and then assembled as a unit on the chassis, making the Mitchell Motor Car Company a pioneer in mass production. Mr. Bate seemed to be the guiding genius along the assembly line idea and William Mitchell Lewis was quick to see its advantages and appreciate its value.

The Mitchell Wagon Company and the Mitchell Motor Car Company consolidated in 1910, forming the Mitchell Lewis Motor Co. In 1911, the company employed 3,000 people, the factory covered 25 acres of land and had 60 acres of floor space. Plant No. 1 was on the south side of Packard Avenue, plant No. 2 was on Washington Avenue and Center Street. The City Hall is on part of the old Mitchell site.

William Mitchell Lewis withdrew from the concern in 1917, and it closed down in 1923. 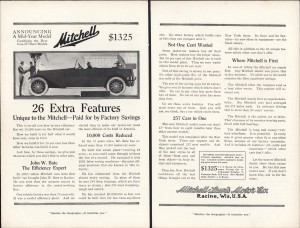 This 1910 Mitchell car has so many amazing features, I’d like to take one for a drive. $1,325 in 1910 dollars translates to $34,160 in 2014 dollars, so that would be somewhat above average for a new car these days. However, John Bate, the efficiency expert hired by Mitchell, was able to cut the price of the car in half. Definitely a good advertisement. 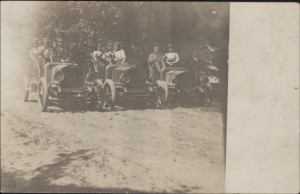 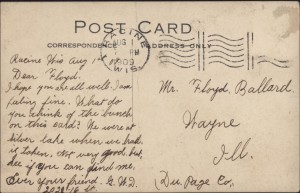 Lewis Miller and the Mitchell Collection; Answers about the end of the company

In June 2020, Lewis Miller shared a link in the Racine History Facebook group that I administer, and for the first time I learned about the Mitchell Collection in Missouri. It turns out that Lewis is a direct descendant of the Lewis and Miller families in Racine who were involved in Racine’s early car industries and has built an amazing car collection and website about Mitchell cars. 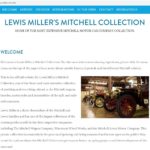 I had read a history of the Mitchell Motor Car Company and had run into some odd mentions about the end of the company and its bankruptcy in the 1920s. Now I had someone to ask about what was going on towards the end:

To try and answer your question, there are things that I can’t put into writing. So to make a sad long story short, here goes!

My great great grandfather William Turnor Lewis passed at the end of 1915. W. T. had three children, the son being William Mitchell Lewis. He didn’t get along with the board of directors and left the company in 1913 to start his own car company. This was called the L.P.C. Motor Co. The car was called “The Lewis Six,” a fine car. The company failed and closed at the end of 1916.

Meanwhile the three children of W.T. sold out to John Deere and a New York investment firm. William Turnor Lewis,”Willie” the family called him, did not return to Mitchell Lewis Co. So with no family influence, and an investment firm that did not know how to run an automobile company, the decline started of a fine automobile plant. One factor was that “Willie” took Mitchell plant’s chief designer, a Frenchman called Rene Petard, with him to start the L.P.C. Co.

World War I had started and Rene went to Paris to see about opening a dealership there as an outlet for the Lewis VI. He was still a French citizen and was drafted into the French army as a Captain. He was badly wounded in the Battle of the Marne and never returned to America! This was the main reason for the downfall of the L.P.C. Co. The loss of Rene Petard was a serious blow to the Mitchell Co. too!

From the start of 1917, the Mitchell Lewis Co. started to decline. The investment firm started to hire and fire people to manage the plant. As some poor choices evolved through the remaining years, sales faltered. There was animosity among officers within the plant. Officers and managers were replaced frequently. Finally the investors realized that they weren’t car manufacturers and sold to Nash Motor Co.

A sad story for me. Who knows, if the family had stayed involved in the business with a good product, we might still have Mitchell cars today!

Another poor choice by W. T. Lewis was to stop manufacturing bicycles and motorcycles in 1906 and concentrate solely on the automobile! We were racing against mainly the Indian and Harley companies before 1906 and beating them on the track and out selling them in the early years before W.T. started losing interest in motorcycles in early 1905. No new upgrades were made to the 1905/06 models and then the “Wisconsin Wheel Works” part of the company was sold to Western! I would like to think that Mitchell motorcycles could still be with us today had the family kept their interest in motorcycles as well as the automobile! This is an assumption of mine if the family would have stayed involved!

I hope this helps to answer your question about leadership changes at the end.