Tendered a Most Brilliant Reception and Ball.

At the Hotel Racine by the Young Married People.

The reception and dancing party given at the Hotel Racine last evening, was one of the most elaborately conceived and elegantly executed affairs that has ever taken place in the state. The function was of interest to the world of fashion for many reason – first, because it was tendered as a compliment to the bachelors and belles of our beautiful city, by the young married folks, and second because it brought together the beauty and grace of society

The list of the married folks who joined together in giving this magnificent event were the following gentlemen and their wives:

The arrangements were in the hands of Miss Bessie Bull, one of the most admired belles in the city. 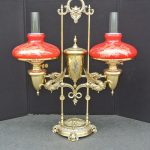 The card room to the west was in red, and the rays from handsome student lamps with large red shades made a pretty effect while the carnations and roses were in keeping, smilax being entwined through the room.

The magnificent dining room, used for the ball,  was a scene of splendor. Over the door of the entrance was an American flag; holly was stretched from the chandeliers and through the room, at the north where is stationed the elegant mantle, was another flag; trailing down across the French mirror was holly and on the face were the words, “Happy New Year, 1895,” in white while at the base were ferns and palms. On the east and west walls were flags and greens. At the southeast corner was the orchestra platform decorated with palms and plants of various kinds.

The dining room, or annex, to the west was a thing of beauty. An American flag was gracefully looped overhead and the whole was in red. At either end of the table were gold and crystal candelabras upholding tinted tapes and softly shaded with red shades. The center was festooned with loops of smilax. A silver bowl was filled with carnations and there was a great abundance of other flowers. All of these decorations were under the personal supervision of Mrs. L. J. Elliott, Mrs. Charles M. Dietrich, and Mrs. F. K. Bull, Mrs. O. W. Johnson and Miss Bessie Bull.

The guests commenced to arrive at an early hour, carriage after carriage depositing precious feminine beings and richly gowned. At 8:30 the majority of the guests had arrived. The celebrated Freidburg’s orchestra of Chicago stationed upon the platform, stuck up a march and the ball was on.

It was a magnificent sight. The ballroom brilliantly lighted, gaily gowned women flitting here and there, diamonds flashing and costumes fresh and every needed exponent present to render the occasion a perfect and memorable one in the history of Racine society.

No state in the union could have produced a more charming and handsome bevy of society ladies and more richly dressed.

During the entire evening the guests partook of elaborate refreshments furnished by the hotel, Charles Rivers, caterer. Punch, salads, ices and delicious cakes were among the delicacies served.

Some of the Costumes.

As a stranger said when he gazed from the upper gallery, it was a scene brilliant with light, fragrant with flowers, and animated with the presence of beautiful women.

Great credit is due Mr. Drake of Kenosha for the magnificent display of plants which he furnished for the occasion and also to Mr. G. H. Ede for the cut flowers and other decorations.

Edward Larrabee Baker printed a book called “Vision of Mirza” at the Gothic Press in Racine in 1902. The Woodcut pressmark was designed by Frances Baker and cut by Edward L. Baker. The author is Joseph Addison.

1. “H.M. Wallis was president of J.I. Case Plow Works and married to Jessie Fremont Case, one of J.I. Case’s daughters, of which he promoted and capitalized on. In 1883, J.I. Case made H.M. Wallis a general manager of the J.I. Case Plow Works. In 1892, he was elected as president by the board of directors and continued as president until its sale to Massey Harris in 1928. H.M. Wallis died in February of 1931, believed to be caused by injuries sustained November 11, 1930 from an auto accident.” (from http://massey-harris.com/measuringstickp2.html)