I attended Winslow School starting with kindergarten in 1970 and continuing on through third grade. While I was there, I once got to see the coal cellar, but I never got to see the top floor because it apparently didn’t have adequate fire escapes. According to my neighbor, Miss Jeannette Schroeder, who attended Winslow starting around 1910, the top floor used to be used for plays and dances.

In 1995, when I was home for Christmas, my dad arranged a tour for me of the top floor of Winslow. I was delighted, and I took along my camera.

I like how the huge beams in the ceiling were joined together. 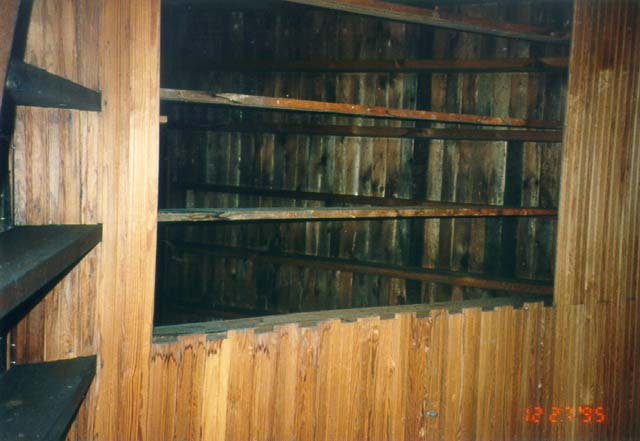 A hole had been cut in the beadboard ceiling, probably to work on a leak. 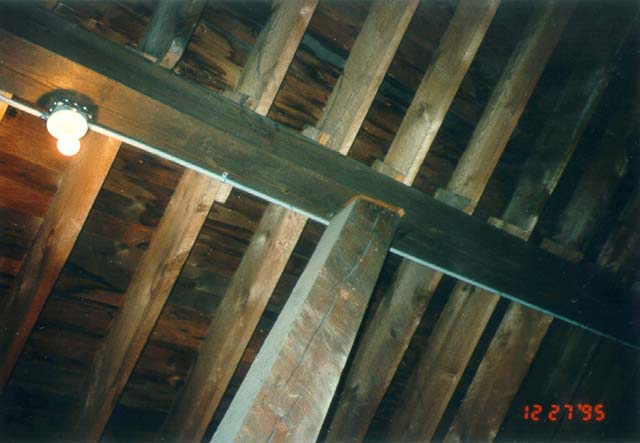 Another view of the ceiling beams. 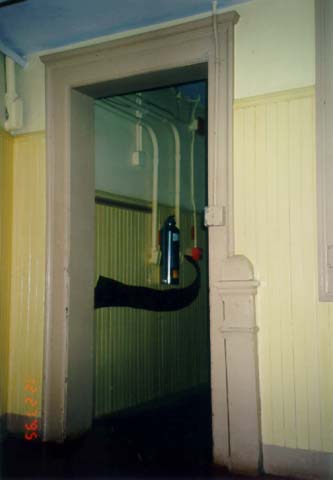 I'm not 100% sure that this door was in the top floor (it may be in the basement), but the way the newel post was set into the wall was interesting to me, like the wall came after the post. 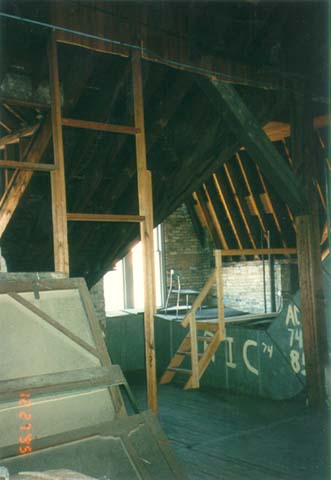 This shows some of the giant ducts in the top floor, here with some painted graffiti. Notice how stairs have been built to allow you to get to the other side of the duct. 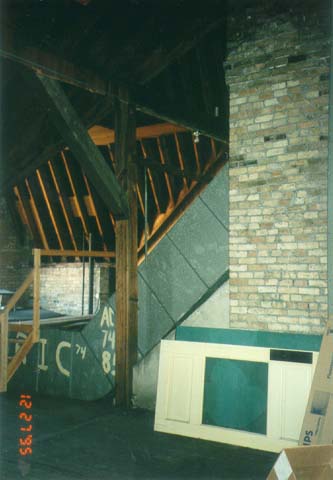 Another view of the ducts and the stairs. 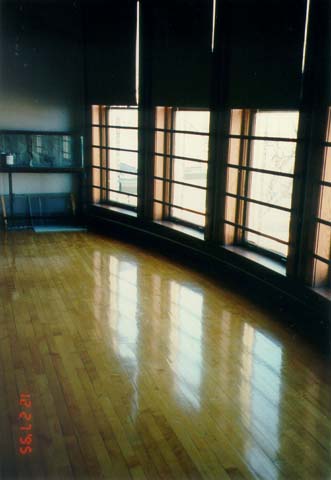 Here is the most finished-looking part of the top floor, facing the windows that look out over the playground. They also could be the windows that face the back of the school. In any case, I imagine this is more like what Miss Schroeder would have seen when she was going to Winslow back in 1910. 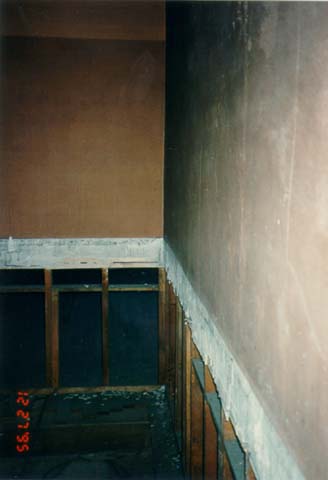 In the east end of the top floor, there was an odd room that had been built in the middle of the floor, framed in, and plastered and painted on the inside. The floor of the room had been raised above the main floor. Here you can see a white line along the walls where the room's floor used to be. I thought of this room as "the secret room." I have a hard time imagining what it would have been used for. It seems like it would have been almost soundproof. 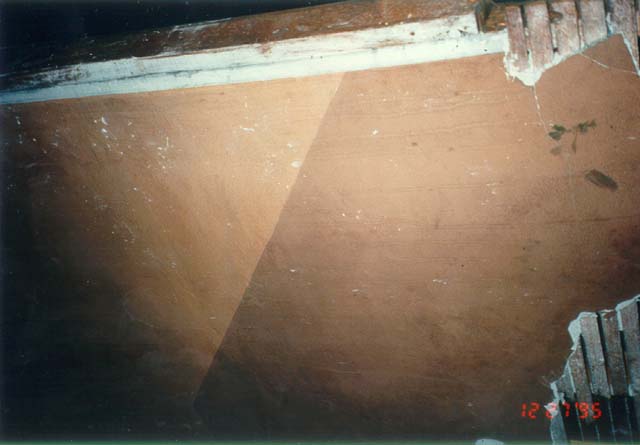 The ceiling had different shades of beige or brown paint across it. 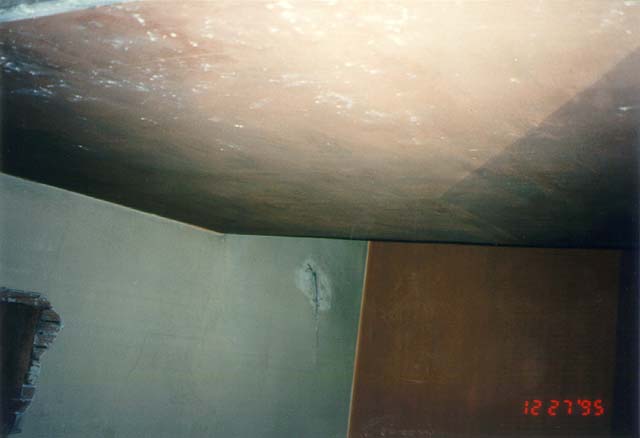 Ceiling and walls of "secret room." 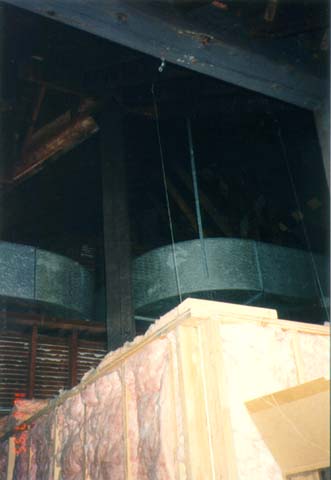 Outside of the "secret room" showing the insulation and the framing. 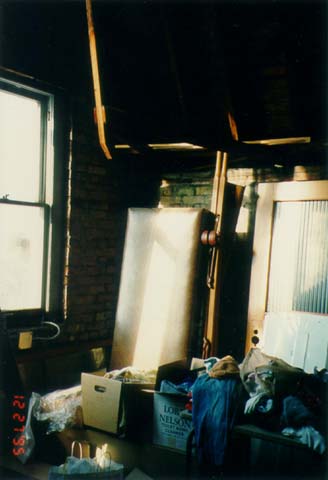 Some of the stored items stacked up in the corner. 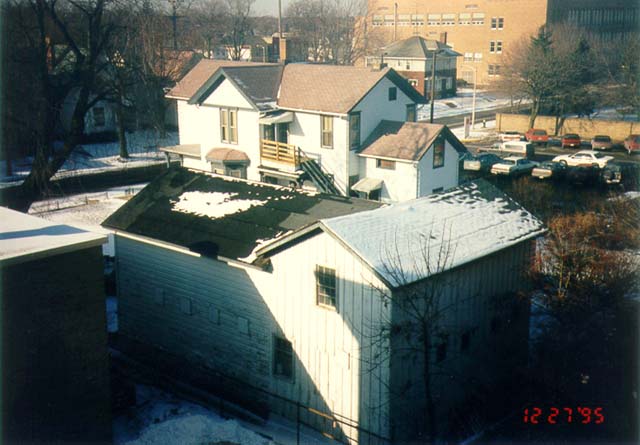 View from the top floor toward St. Catherine's high school. The house in the foreground has an outbuilding that looks like it used to be a barn. 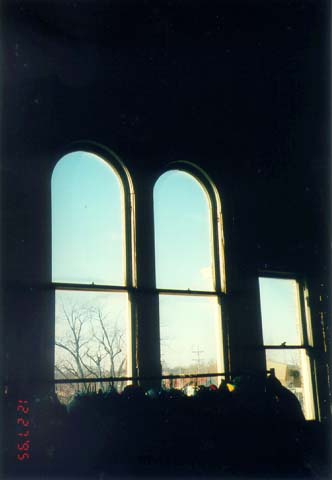 Here, I was trying to contrast the different kinds of windows on the top floor of Winslow School. 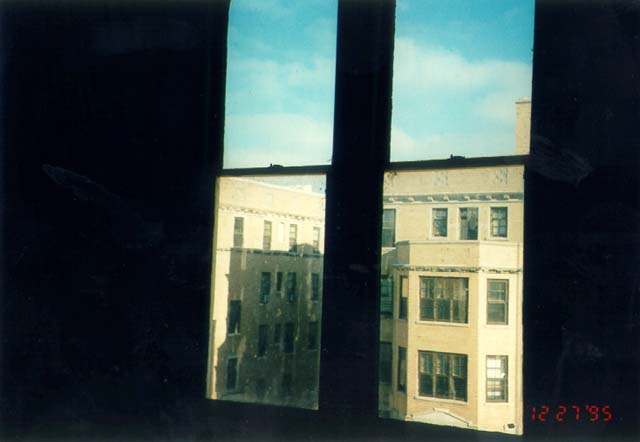 This window looks out onto the west side of St. Luke's Hospital. 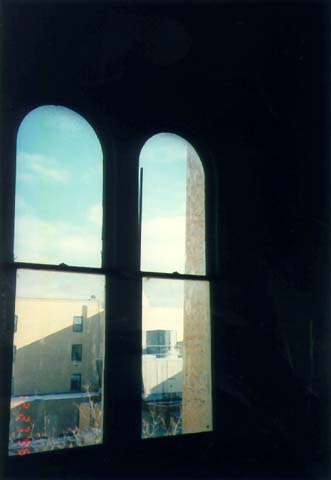 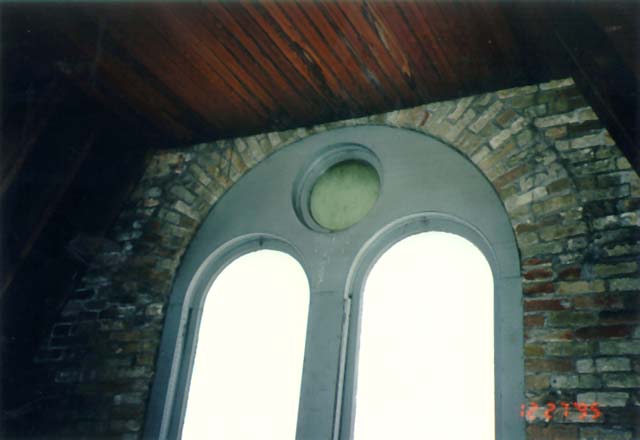 I believe this is the topmost center window on Winslow's east-facing side.