Tubby’s was open until 1973, when a lawsuit shut down all nude dancing establishments in Racine. Tubby’s was popular with sailors who would come in by the Chicago and Northwestern train from Great Lakes (Naval Station Great Lakes) in North Chicago, Illinois.

Some references say that Tubby’s was owned by Ted Witheral, who was at various times an ex-sheriff and an ex-coroner of Racine. 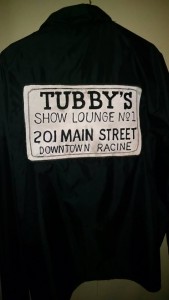 This jacket belonged to the father of Bill Creuziger. 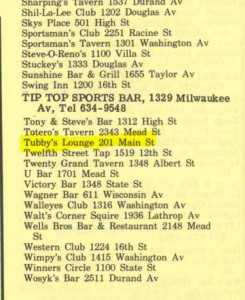 Other clubs with nude dancing at the time: