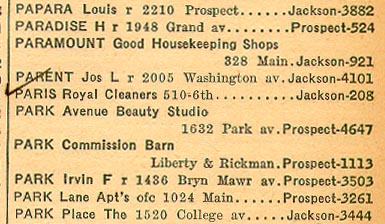 Liz Casciaro Gaertner writes: “The cleaners on Sixth was originally only on Sixth Street, but later my grandfather built-on, extending it to 7th Street. (It was originally a tailoring shop, not a cleaners.) He moved here from Michigan, set up shop, and back then – early 1920’s – tailors would work in the window so you could see their work. Then he bought the building to the east and extended that one, as well. After those additions, there was an entrance/counter at the back and the front of the store. There were two apartments above. We lived in the one at 507 6th St. It was huge! And the windows went from ceiling to floor, and I recall lying on my stomach with chin in hands watching the workmen put up the Christmas decorations that strung from one side of the street to the other…a completely lighted swag going across the street with a bell or wreath, hanging in the center of the swag. I was simply mesmerized with the process and would watch all day, and wait for the dimness of the evening and the first lighting! It was magical!”

Patrick Saccomandi (Liz’s uncle) writes, “I lived in Racine from 1945 thru 1957 and started working at the 6th Street address (across from the 1940 location) when I was five. I have vivid memories of what it was like for the pressers working amongst hot steam pipes in the middle of a Racine summer.” 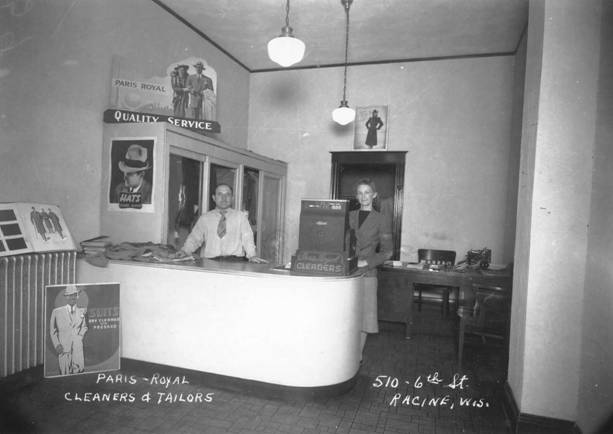 Patrick Saccomandi’s father (and Liz Casciaro Gaertner’s grandfather) Andrew M. Sackman at the counter of Paris Royal Cleaners in 1945 at the 510 6th Street address. Andrew immigrated from the Abruzzi section of Italy when he was 15. 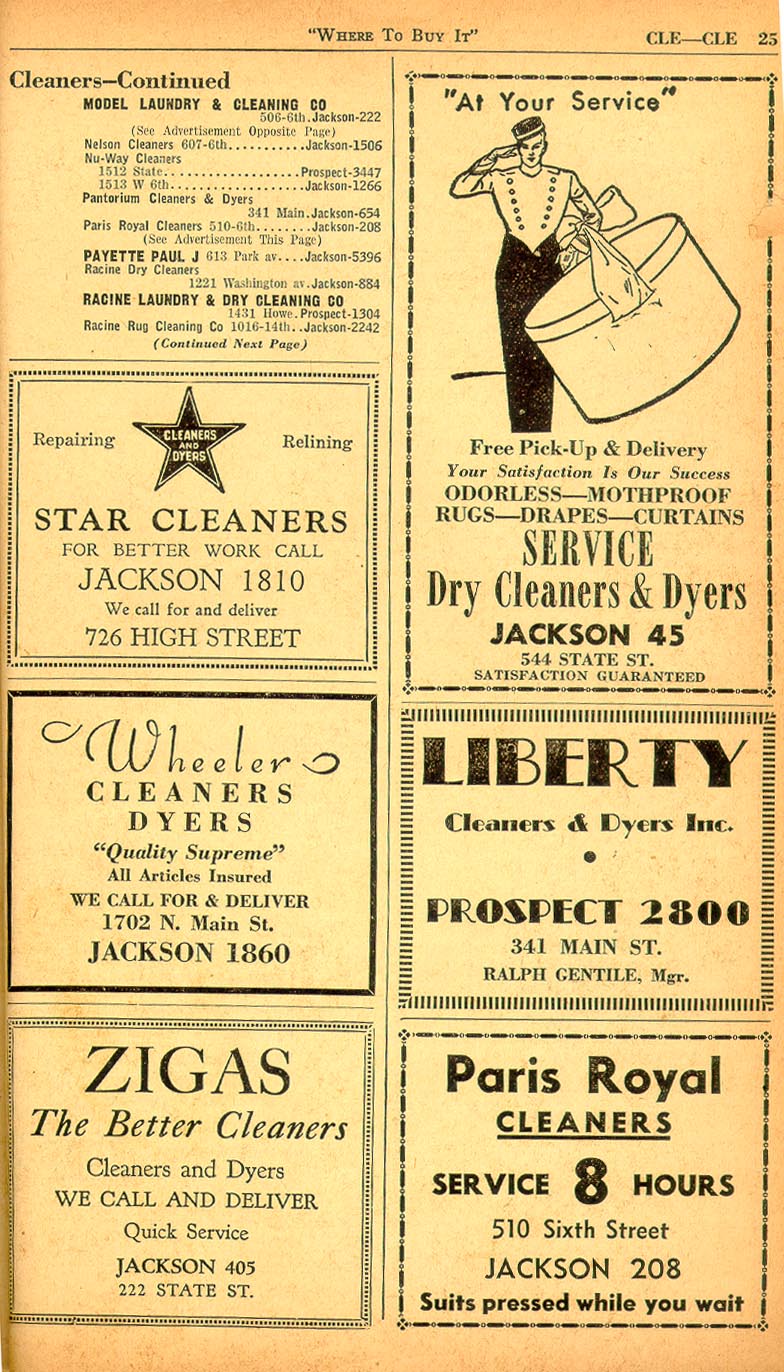 Page from the Racine 1940 phone book 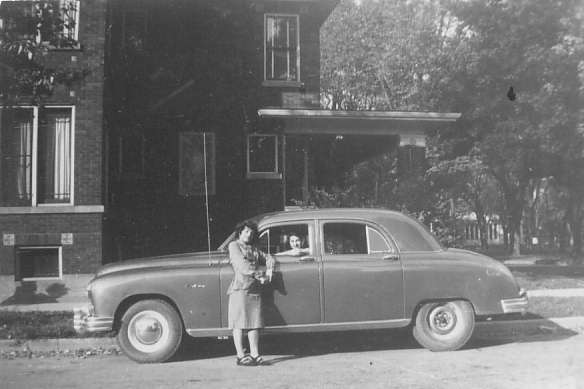 The family house at 944 Park Avenue. The Paris Royal Cleaners, located at 510 6th Street, would have been very close to this Park Avenue address. This car is identified as a Fraser. Liz’s mother, Nancy Sackman Casciaro, is standing outside the car, and a family friend is sitting inside the car. 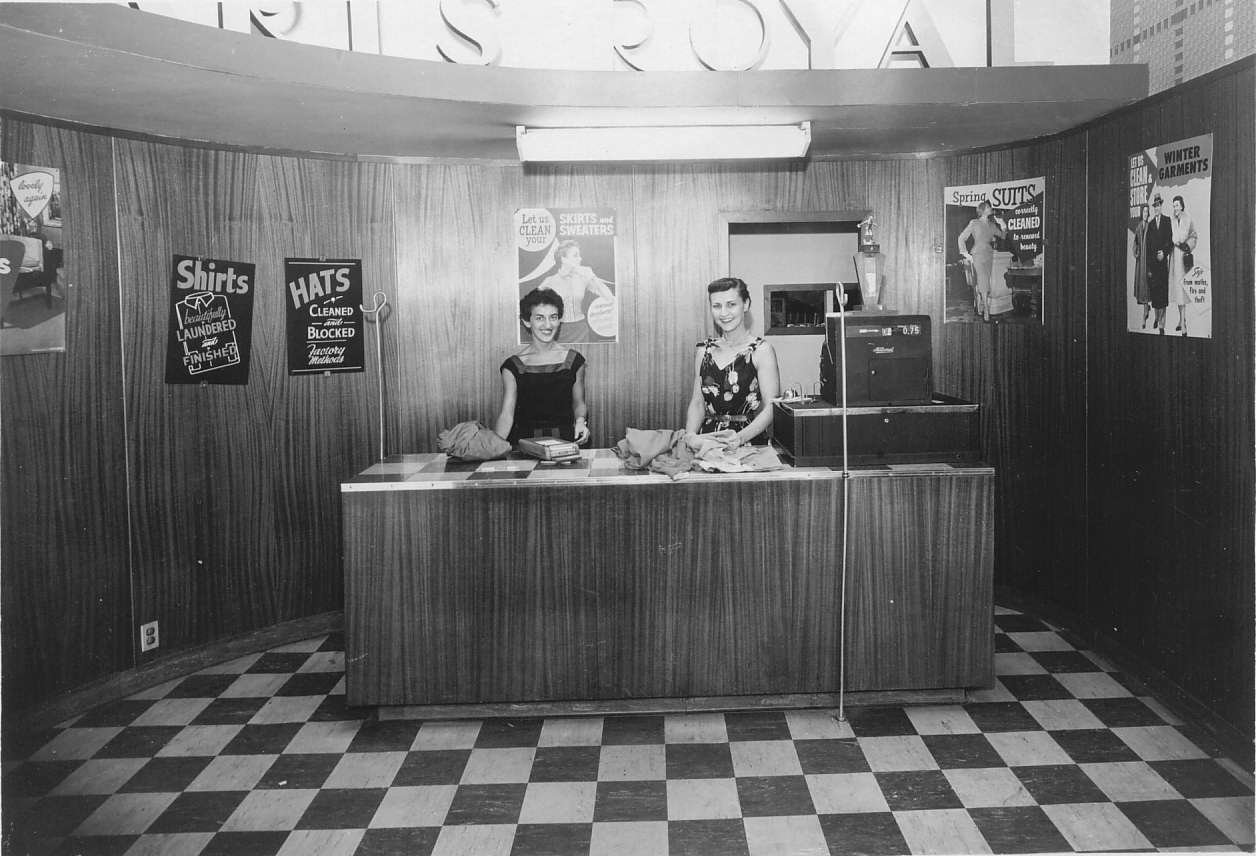 Here is the remodeled counter in 1952. On the left is Zora Smith. 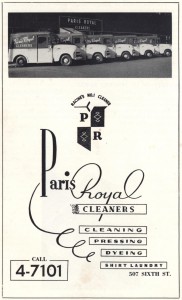 1955 advertisement in the “Welcome to Racine” booklet