I got to know the Sunshine Bar and Grill at 1655 Taylor Avenue during the summers when I was home from college, 1983 to 1987. A father of school friends of mine, Conrad Johnson, was the bookkeeper at Sunshine for many years. 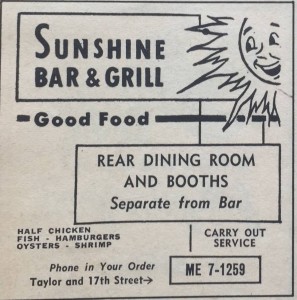 Jim Mercier: What great food they had! This neighborhood bar and grill was around for a long time. Every Friday, during Lent, I remember my dad getting us a carryout of perch. You could always recognize their ads, because of the smiling sun in the corner of the ad. Later became the Blind Alligator, and then went out of business, The building is empty now, and looks a little rundown, but the food that was served here will always be remembered.

Casey McLeod: Pat & Diane from Butchs on Douglas Ave bought it from Helen & her husband about 1998. 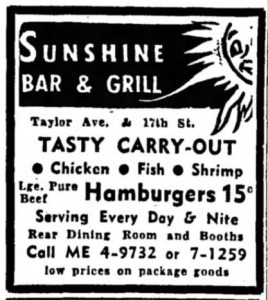 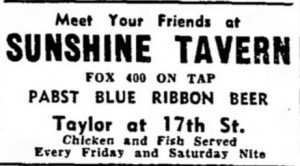 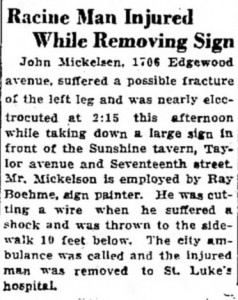 An accident at Sunshine Tavern in 1935 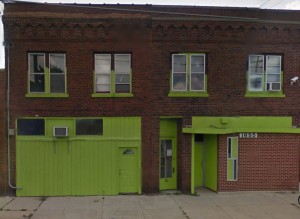