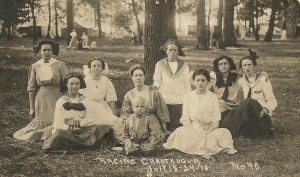 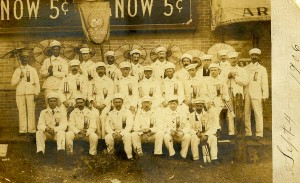 Brotherhood of Painters, Decorators, and Paperhangers of America, 1906, Lake Geneva 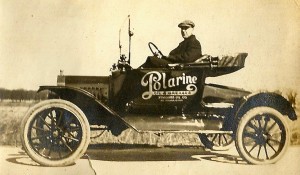 Polarine was a “baby” brand of the Standard Oil Company and their ads appeared a lot in the early 1900′s with the new popularity of the “horseless carriage”. 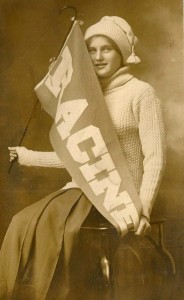 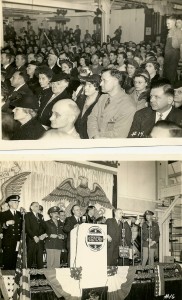 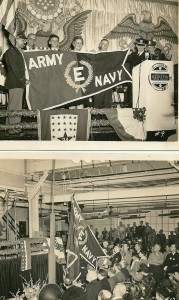 The photo of my grandmother, Clara Hoglund Rasmussen, was taken in around 1908. She is the tallest girl, the sixth from the right. She would have been around 12 years old at the time and only completed 8th grade so this may have been a graduation picture. She lived in the 11th Ward at 1650 Washington Avenue during her school years. I cannot determine what school she went to, but I wonder if it is the current Walden HS? 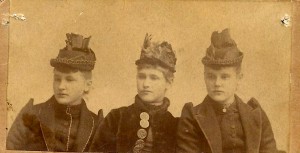 The Winterberg sisters came to Racine from Denmark in the mid-1890s. Before they married, they worked at the Merchants Hotel as maids and laundresses. My Great-grandmother Christine is on the far left with her sisters Marie in the middle and Anna at far right. 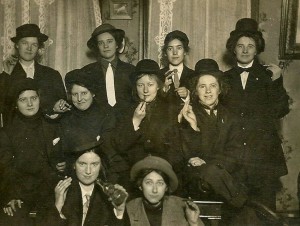 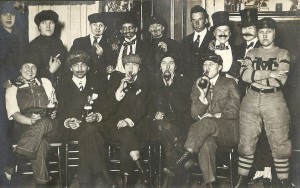 Women dressing as men – circa 1910. The woman seated at the far left in the bibbed overalls and cap holding a beer bottle is my Grandmother, Clara Hoglund Rasmussen Bashaw. 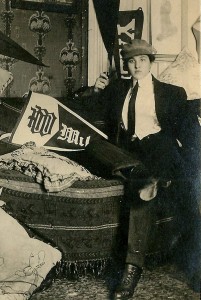 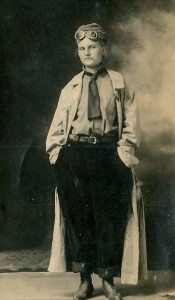 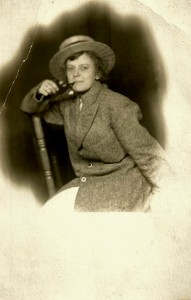 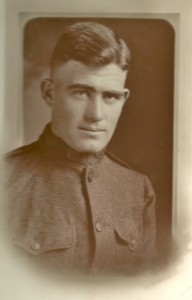 Alan Bashaw. My Grandfather, Alan Bashaw, came from Lake Geneva but settled in Racine after marriage to my Grandmother. He was in WWI and was assigned to Camp Funston in Junction city, Kansas. This camp experienced the 1918 flu pandemic and one of my Grandfather’s jobs was bringing the dead victims from the hospital to the morgue. He talked about seeing so many young men die, not in battle, but from the flu. 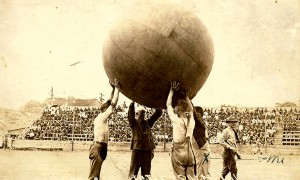 WWI – Camp Funston Kansas. There are two photos of soldiers playing push ball. The photo is labeled – “20th inf. vs 41st inf, July 4, 18”. My grandfather has marked himself with an “X” in one of the pictures. 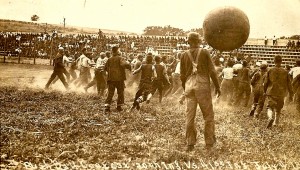 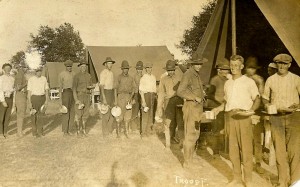 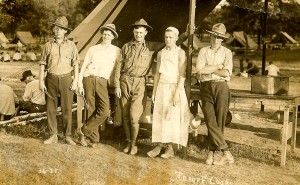 WWI – Troop F cooks. I also included two other WWI photos that were sent to my Great-uncle in Lake Geneva – both are postmarked 1917. There is a note on the back of one of them that indicates these were taken at Camp Douglas, Wis. which I believe is now know as Camp McCoy.

4 thoughts on “Pictures from Catherine Kirk”